Weight:
0.20 LBS
Bulk Pricing:
Buy in bulk and save

Speak to one of our experts. 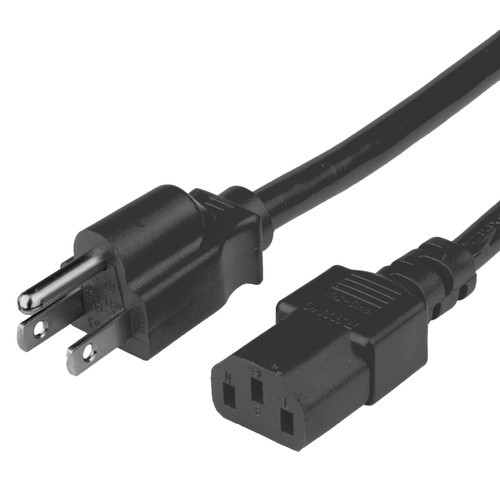 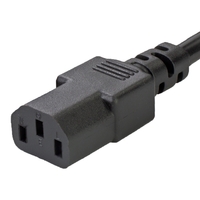 The IEC 60320 C13 is a grounded 3 Wire connector rated up to 250V and 15 Amps. The C13 mates with a C14 inlet, and is commonly used in a jumper cable scenario in IT Installations providing power from a PDU to a server, router, switch or other computing device. Most people know the C13 as 'the thing that plugs into my computer' because it is the standard connector used to power most desktop computers. In a desktop computer application, the most common cable is the NEMA 5-15P to C13, which connects your standard North American wall outlet to a desktop computer. The iec 320 c13 c14 plug and connector are synonymous with Information Technology equipment primarily, but the C13 can be found powering equipment like medical devices and gaming consoles. 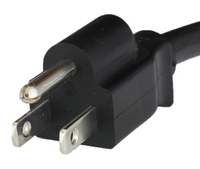 The NEMA 5-15P is a 3 Wire grounded plug featuring two blades (can be equal or unequal widths due to the ground pin forcing polarity) and one ground pin rated up to 125V AC and 15 Amps. The ground pin can be either a rounded shape or a U Shape depending on the manufacturer, but both are functionally the same. The NEMA 5-15P is your standard household plug used for to connect small appliances such as TV's, Microwaves, hairdryers, etc to a wall outlet. The NEMA 5-15P is compatible with a NEMA 5-20R T-Slot outlet, which is commonly found in new home installations.